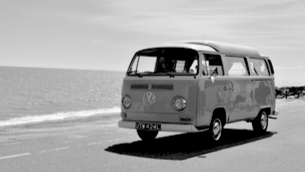 To recap: the genitive is typically used to express possession or ownership. A more detailed overview of the genitive case is discussed in another lesson.

Below, we see a chart of genitive declensions:

As you can see from the verbs below, many of the translations include the preposition “of” - which often conveys possession in English. Genitive verbs include: sich rühmen, sich enthalten, sich vergewissern, beschuldigen, sich bemächtigen, as well as the verbs used in the examples below: